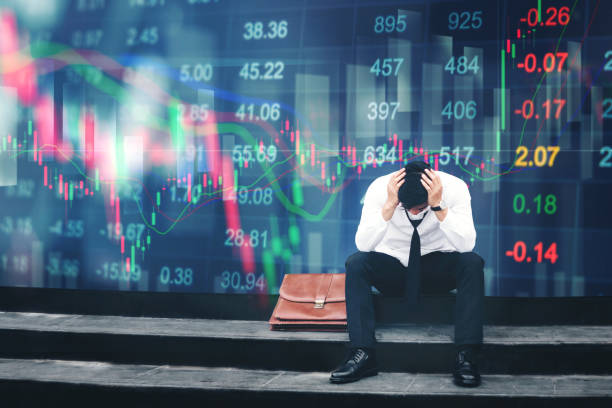 An economic shock refers to any change in fundamental macroeconomic variables or relationships that has a substantial effect on macroeconomic outcomes and measures of economic performance, such as unemployment, consumption, and inflation. Shocks are often unpredictable and are usually the result of events believed to be beyond the scope of normal economic transactions.

Economic shocks have widespread and long-lasting effects on the economy and, according to real business cycle (RBC) theory, are believed to be the root cause of recessions and business cycles.

Economic shocks can be classified as mainly affecting the economy through the supply or demand side. They can also be classified by their origin or impact on a specific sector of the economy. Finally, shocks can be considered real or nominal shocks, depending on whether they originate from changes in real economic activity or changes in the nominal values ​​of financial variables.

Since markets and industries are interconnected in the economy, large supply or demand shocks in any sector of the economy can have a far-reaching macroeconomic impact. Economic shocks can be positive (helpful) or negative (harmful) to the economy, although most economists and ordinary people are more concerned with negative shocks.

A supply shock is an event that makes economy-wide production more difficult, more expensive, or impossible for at least some industries. An increase in the cost of important commodities like oil can cause fuel prices to skyrocket, making it expensive to use for commercial purposes.

Natural disasters or weather events such as hurricanes, floods, or major earthquakes can also cause supply crises, as can man-made events such as wars or major terrorist incidents. Economists sometimes refer to most supply shocks as “technology shocks.”

Demand shocks occur when there is a sudden and sizeable change in private spending patterns, either in the form of consumer spending by consumers or investment spending by businesses. An economic downturn in the economy of a major export market can create a negative impact on business investment, especially in export industries.

A drop in stock or house prices can hurt demand, as households react to the loss of wealth by drastically cutting back on consumer spending. Supply shocks to consumer products with price inelastic demand, such as food and energy, can also cause a demand shock by reducing the real income of consumers. Economists sometimes refer to demand-side shocks as “non-technological shocks.”

A financial shock originates in the financial sector of the economy. Because modern economies rely so heavily on the flow of liquidity and credit to finance normal operations and payroll, financial shocks can affect all industries in an economy.

A stock market crash, a liquidity crisis in the banking system, unpredictable changes in monetary policy, or a rapid devaluation of a currency would be examples of financial shocks. Financial shocks are the main form of nominal shocks, although their effects can have a serious impact on real economic activity.

Policy shocks are changes in government policy that have a profound economic effect. The economic impact of a policy shock could even be the target of government action. It could also be an expected side effect or an unintended consequence.

Fiscal policy is, in effect, a deliberate economic demand shock, positive or negative, designed to smooth aggregate demand over time. The imposition of tariffs and other trade barriers can create a positive impact on domestic industries but a negative impact on domestic consumers. Sometimes even a potential policy change or increased uncertainty about future policy can create an economic shock before or without an actual policy change.

Economists often use the term technology in a much broader sense, so many of the previous examples of economic shocks, such as a rise in energy prices, would also fall into the category of technology shocks. However, people also often refer to shocks that originate specifically in the technology sector as technology shocks.

2022-03-20
Previous Post: 50 Equipment Rental Business Ideas For All Seasons
Next Post: What Is Negative Working Capital On The Balance Sheet?

Here are the greatest geek gifts ever created by mankind!. Care home for bedridden in vadodara - old age home in baroda. Market trends in the crypto.
We use cookies on our website to give you the most relevant experience by remembering your preferences and repeat visits. By clicking “Accept”, you consent to the use of ALL the cookies.
.
Cookie settingsACCEPT
Manage consent