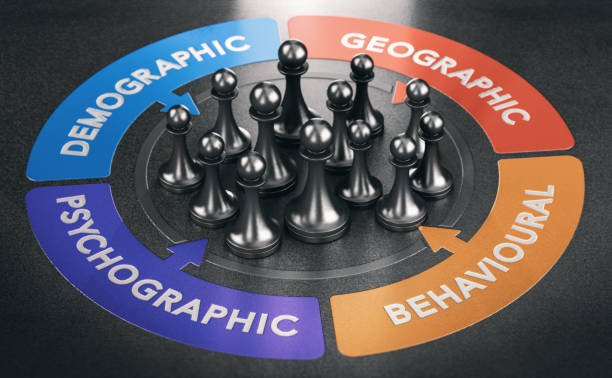 Demography. Definition, Elements And Their Types

Next, several definitions of demography, the basic elements of this discipline, its types, and its importance to other social sciences will be presented.

Definition of demography according to various authors

Demographics. Statistical study of a human community referred to a certain moment or its evolution. (Royal Spanish Academy)

Demography is the science whose object is the study of human populations, treating, from a mainly quantitative point of view, their dimension, their structure, their evolution, and their general characteristics. (UN)

According to (Livi, p.10), demography studies those processes that determine the formation, conservation, and disappearance of populations. Such processes, in their most aggregated form, are those of fertility, mortality, and mobility.

For ( Maldonado, p.11), Demography is a science whose object is a man considered in all the aspects of his reality: as a member of a community that he enters by the mere fact of being born and from which he withdraws when it dies. This reality has different angles.

The man who is the object of demography is a living and complex being, that is: social, political, historical, economic, and moral. In this sense, it can be said that demography is an anthropological science, but not a chapter of anthropology, since it considers man as a community, not individually.

Demographic analysis refers to the knowledge of the behavior of the components of the population: the birth rate, mortality, and migration, as well as their changes and consequences; to the factors that determine the changes and the period required for those changes to occur.

Population studies are concerned with the relationships between population changes and other types of social, economic, political, biological, genetic, and geographic variables. (Valdes, p.75)

In the following series of video lessons, Professor Javier Morales, from the Miguel Hernández University of Elche, introduces the vast subject of demography, presenting a definition, the factors of demographic dynamics, and data sources, and some tools such as Lexis diagrams and population studies, among other topics.

For Lara and Mateos (p.264) the basic elements of demography are the following:

There are two types of data sources in demography ( Maldonado Cruz, p.15):

What is demographics for?

Martin and Chej (p. 2) indicate that demography serves to know:

For its part, ECLAC (p. 15) states that demography focuses on five aspects of the human population:

Population size is simply the number of people living in a place at a given time.

Distribution refers to how the population is dispersed in different places in geographic space at a given time.

Its composition refers to the number of people by sex, age, and other “demographic” categories.

The components of demographic dynamics, in the strictest sense, are births, deaths, and migration.

A more inclusive definition can also consider the marital situation as a process that affects births and the formation and dissolution of households, and illness or morbidity as processes that affect mortality.

The study of the interrelationship of these factors and the composition by age and sex constitute formal subfields of demography.

Finally, and beyond those factors that directly influence demographic change, there are the acquired social and economic characteristics, which appear both as causes and consequences of the modification of the basic characteristics of demographic dynamics and population change.

ECLAC adds (p. 16) that knowledge of the size of the population, its distribution, and mobility, its structural composition, and changes in its size and structure is highly relevant as support for decision-making, fundamentally for the planning of public policies that seek to promote an improvement in the quality of life by the needs of society in a given region or territory.

It is important, therefore, to maintain and increase research and knowledge about the sociodemographic reality, contributing to the generation of continuous and complete information systems.

One of the main reasons for studying demography is that population growth can, if not create, multiply, and magnify a wide variety of social, economic, and political problems.

According to the Department of Statistics and Operations Research of the University of Granada, some of the most significant problems for which demography is used are:

Lara and Mateos (p.262)  relate the following types of demography:

Likewise, it identifies the following disciplines within the field of action of demography:

The Department of Statistics and Operational Research of the University of Granada makes the following classification:

People often speak of the population not to indicate the whole itself but the number of inhabitants that make it up. (UN)

The population is understood as a set of individuals, constituted stably, linked by reproductive ties, and identified by territorial, political, legal, ethnic, or religious characteristics.

See also  How to Make an Efficient Control of the Processes of my Company?

The meaning of population is quite elastic; this concept encompasses both small groups of a few hundred people isolated for geographical, religious reasons, etc., which despite their small size manage to ensure their own reproduction and survival, as well as large nations with several hundred million inhabitants.  (Livi, pp. 9 and 10)

The demographic environment is one of the variables that affect the marketing macroenvironment, being considered of great importance since it studies the population that makes up the markets. Demographic trends and events are analyzed by firms to anticipate the possible behavior of markets and consumption in the future and to understand the causes of past marketing actions.

For example, a change in the age structure of the population that constitutes a market can completely change the product life cycle, forcing companies to keep their research and development departments active in such a way that consumers are always satisfied.

Demography is also involved in the market segmentation process since through it the characteristics of a certain market are established in terms of age, sex, race, location, and others for which the analysis and demographic studies are responsible.

Economic demography constitutes a fundamental piece of macroeconomic analysis since through it the behaviors and characteristics of populations are evidenced both transversally (on specific dates) and longitudinally (over time).

2022-05-14
Previous Post: 10 Millionaires Who Lost Everything And Became Poor
Next Post: Who Is The Father Of Psychology?

Yes! perfect gifts for grandma? get the perfect gift ideas for grandma. Lorem ipsum dolor sit amet, consectetur adipiscing elit, sed do eiusmod tempor incididunt ut labore et dolore magna aliqua. Market trends in the crypto.
We use cookies on our website to give you the most relevant experience by remembering your preferences and repeat visits. By clicking “Accept”, you consent to the use of ALL the cookies.
.
Cookie settingsACCEPT
Manage consent