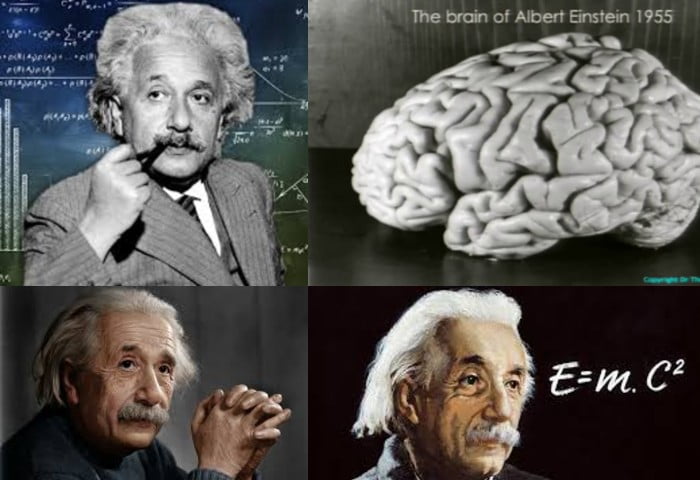 “Honey, where have I put Einstein’s Brain?”

By: BUZZBONGO
In: WORLD NEWS
Share this…
In 1955 Albert Einstein dies and, while the world mourns his loss, a pathologist at Princeton Hospital performs an autopsy on him. The doctor’s name is Thomas Harvey, who, driven by an impulse, makes a decision: remove Einstein’s brain from his skull without the family’s consent. Harvey gives away brain fragments to doctors at the hospital (other parts of his head, like his eyes, would end up in the hands of the scientist’s personal ophthalmologist) and then decides to put the eminent genius’s organ in the trunk of his car. For twenty years, no one will know what happened to Einstein’s brain.

Surprisingly, what Harvey did was not new. The human being feels a special fascination for parts of the body of celebrities (from the relics of saints to the skulls of Goya and Haydn, who suffered various avatars), as if in this way we could get closer to them. The truth is that the kidnapping of Einstein’s brain brings up an old question, can we find out something about the personality of individuals from the naked eye observation of their brains? For years, the erroneous theories were held that the weight of the brain or the proportions of the skull was a good measure of the intelligence of individuals., but it was time to approach this topic from a more scientific perspective: would Einstein’s brain be able to shed some light on these questions?

For two decades, Harvey kept Einstein’s brain preserved in alcohol, inside mason jars at his home, in a case of cider under a beer cooler. This was so until a journalist aired the matter. In addition to creating a stir, a few researchers became interested in the organ in question and asked Harvey for small samples to study. From them, several investigations were made to determine what was the secret of Einstein’s intelligence.

I do not want to bore you with the details, but an analysis carried out by the neuroscientist Marian Diamond (from the University of Berkeley) illustrates many of the conclusions obtained. Diamond discovered that in certain areas of Einstein’s brain there was a higher proportion of glia cells (cells, for simplicity, with a “support” function) around each neuron. This might explain Einstein’s abilities, but Diamond also found that those glia cells can increase in number with training in math and other complex disciplines. That is to say, as Ramón y Cajal affirmed, “every man can be a sculptor of his own brain”.Intelligence is also trained, and it happens to us as with the dilemma of the chicken and the egg: it is difficult to conclude whether Einstein was very smart because his brain was like that or, on the other hand, his brain was like that because Einstein worked on subjects that stimulated his intelligence.

Something very similar happens with other discoveries related to Einstein’s anatomy (for example, the alterations found in the so-called Sylvian fissure ): it is impossible to clarify whether these changes had a significant relevance or consisted of mere chance. The brain is a very complex organ, about which we do not understand much, and simply looking at the examples of a few outstanding individuals is not going to tell us what was the key to their singular brilliance. Much more research is still needed to figure out what made Einstein the way he was or how much we might be like him. The most advanced approaches today in terms of neuroscience research ( The Human Brain Project, of the European Union, and Brain Initiative, from the United States) are based above all on the connections between each of the neurons, much more difficult to unravel, but undoubtedly more important than what we are capable of detecting with the naked eye.

With the genius brain in the trunk

Einstein’s brain was in the hands of Harvey until the 1990s when a journalist proposed that he take the macabre “memento” back to its legitimate descendants. During a fascinating road trip, they met famous people, crossed Las Vegas, and finally arrived at the home of their heirs, who refused the gift. So Harvey returned the brain to Princeton Hospital, and the records he had obtained (drawings, photographs, microscope slides) ended up in a museum, not far from where a genius who, paradoxically, never wanted me to spend his last days. no one paid attention to his remains. I have requested to be cremated.

In the end, despite our somewhat fetishistic behavior towards famous people’s brains, and science’s attempt to better understand their minds, the best way to get close to a person’s brain is still to talk to them; and, in cases like Einstein’s (with individuals who are no longer here), review their work, read their writings and, in short, examine the legacy they left us in life, where they displayed their thoughts and boasts of genius. There is no better mechanism than the written word to travel to the past; or, at least, in six thousand years of history, we still haven’t invented it.

Emilio Tejera  works at the Cajal Institute of the CSIC. A more detailed conference about the vicissitudes of the brain of Einstein and other characters can be found at this link .

2022-01-18
Previous Post: Symptoms to differentiate the omicron variant of covid from the flu and the common cold
Next Post: 20 Golden Rules That Determine How Money Works

Perfect gifts for game. © 2022 ekta's carehome foundation | designed by. It allows the purchase of crypto by.
We use cookies on our website to give you the most relevant experience by remembering your preferences and repeat visits. By clicking “Accept”, you consent to the use of ALL the cookies.
.
Cookie settingsACCEPT
Manage consent