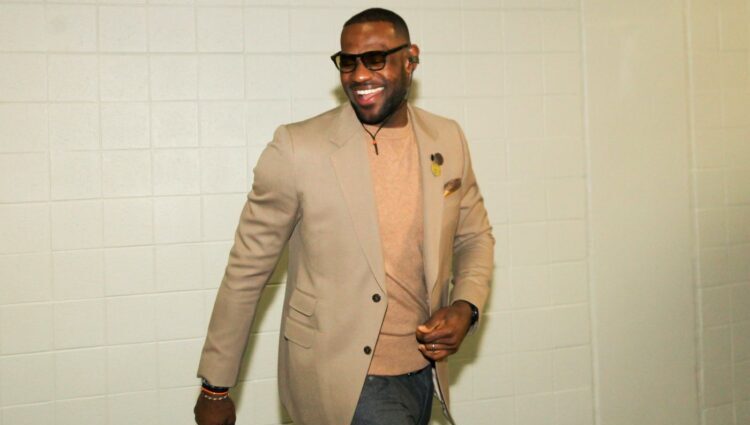 LeBron James is now a billionaire! He becomes the first active NBA player to own a billion-dollar fortune.

LeBron James now joins Michael Jordan as the only billionaire in the NBA.

LeBron James is officially a billionaire! The Los Angeles Lakers megastar has an estimated fortune of $1 billion, according to Forbes, making him the first active NBA player to enter the billionaires’ club.

The four-time NBA champion and No. 2 scorer in the American Basketball League earned $121.2 million between May 2021 and May 2022 in salary on and off the court, according to Forbes. The total trailed only that of Lionel Messi, who earned $130 million, on Forbes’ list of highest-paid athletes in 2021.

Getting to $1 billion is something LeBron has been thinking about for some time. “I want to maximize my business,” James told GQ magazine in 2014. “And if I happen to get it, if I happen to be a billion-dollar athlete, ho. Hip hip hooray! Oh my God. I’m gonna be very excited.”

Although the Lakers struggled in 2021-22 and LeBron missed the playoffs for the fourth time in his career, he became, at 37, the oldest player to average 30 points in a season at 30.3 points per game. 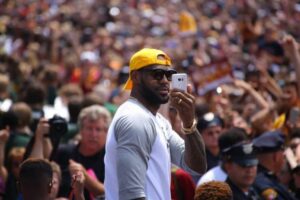 Off the court, LeBron starred in the movie “Space Jam: A New Legacy” and, according to Forbes, sold a minority stake in his production company, SpringHill, at a valuation of $725 million. SpringHill produced the sequel to “Space Jam,” which grossed $163 million worldwide; “The Shop,” which moved from HBO to YouTube last year; and a docuseries with tennis star Naomi Osaka. LeBron’s production company is also producing a remake of the 1990 sitcom “House Party.”

See also  Who was Bernard Madoff, the millionaire swindler?

LeBron James has earned more than $385 million in his 19-year career with the Lakers, Cleveland Cavaliers, and Miami Heat.

Forbes estimates where the rest of his $1 billion comes from:

1. More than 500 million dollars of cash and investments. Along with his production company SpringHill, James made money from the sale of Beats by Dre headphones to Apple in 2014 and has shares in the fitness company Beachbody.

2. He won $90 million from the Fenway Sports Group (FSG). James was once a minority owner of the English soccer team Liverpool FC. He traded it for an estimated 1% stake in Fenway Sports Group. The group owns Liverpool, Fenway Park, the Boston Red Sox, and half of Roush Fenway Racing, and recently agreed to spend $900 million to buy the Pittsburgh Penguins.

“It’s really cool to be part of such a great group, with FSG. They’ve done so many great things over the year, and just that collective group of people, they’re just amazing to be partners with,” James said, according to the L.A. Times. “As for the Red Sox, obviously it’s a storied franchise and we know the history of the World Series championships that they’ve brought to Boston and the players that have come through there and the legacy that they have in that area.”

3. He owns about $80 million in real estate, including a $10 million mansion in Akron, Ohio, and two Los Angeles-area homes that James paid a total of $59.75 million for.

4. Food and beverage holdings including $30 million in pizza chain Blaze Pizza, in which LeBron bought a 10% stake for less than $1 million in 2012.

The only other basketball player worth 10 figures is Michael Jordan, who earned that nickname 11 years after retiring when his share of the “Charlotte Hornets” professional basketball team increased to 89.5 percent in 2014.

But LeBron James has established himself as one of the richest NBA players of all time, and he could come to dwarf Jordan’s net worth, estimated at $1.7 billion, even before his career ends. player.

Being a teen boy might be challenging at times, but receiving a great gift might help. Where we send your data. What is crypto.
We use cookies on our website to give you the most relevant experience by remembering your preferences and repeat visits. By clicking “Accept”, you consent to the use of ALL the cookies.
.
Cookie settingsACCEPT
Manage consent