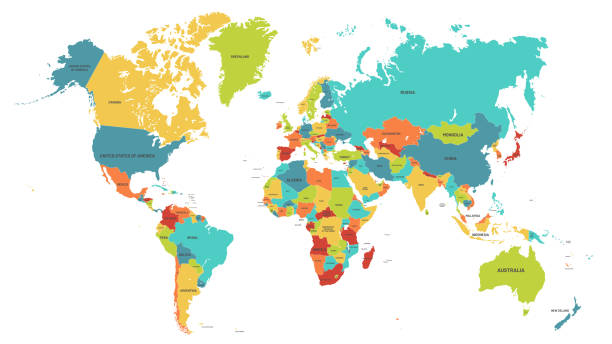 Meet The 15 Most Indebted Countries In The World

Each year the countries with the most accumulated public debt in the world are revealed. This is because an effort is made to control the public deficits of each state. The percentage found is an indicator of the state of financial health in which you are.

Public or sovereign debt is the monetary sum of what a state owes to citizens or other states. Likewise, this sum is represented by the percentage of the gross domestic product of a country.

The World Economic Forum (WEF), the institution that organizes the Davos summit in which, every January, the main business leaders meet with political and social leaders from all over the world, has just published its Global Competitiveness Survey, an indicator of the health and the risks that plague countries around the planet.

And one of the main reasons for concern is the excessive debt that has been accumulating since the financial crisis of 2008, both the industrialized powers and the emerging markets and developing economies.

The levels of public debt, measured by GDP, have also grown irremediably, in the heart of historically low-interest rates, which has facilitated the financing of debt needs.

Countries such as Japan, Greece, Lebanon, Cape Verde, and Italy are the economies with the most debt, although only Lebanon is among those with the highest risk of bankruptcy.

The fifteen countries with the highest levels of debt in 2021

A historical in the world debt rankings. Its debt is greater than 257% of its Gross Domestic Product, a figure that places the Japanese country as the state with the most debt in the world. A ratio that had been increased in recent years with the Abenomics doctrine, so-called by former Prime Minister Shinzo Abe and his policy of the three arrows -monetary injections, budgetary and fiscal stimuli, and structural reforms- to spur a stagnant economy without traces of inflation in decades.

The increase in Sudan’s public debt is one of the most worrying globally in recent years. In 2009, public debt only reached 71% of GDP. The exponential rise during this last decade has forced the African country to request loans from other countries, such as France, for example, to assume their commitments with the IMF.

The IMF warned, in a confidential report, in 2017, that the Hellenic nation was facing explosive increases in its external debt levels that could reach more than 300% of GDP in a few decades. Unless you undertake a significant debt reduction program. Greece has been, perhaps, the country hardest hit by the European and global debt crisis. In addition, their situation has not improved after the Covid-19 crisis.

Public debt in the African country has been on a downward trend since 2017 when it reached 202% of GDP. However, its commitment to the IMF remains one of the highest in the world. After reaching an all-time high of 260% in 2008, their recovery has suffered severe ups and downs, despite this, they have managed to gradually reduce their debt in recent years.

The economy of the small African archipelago is characterized by its weak growth. This has been the case in recent years. Particularly, due to its high dependence on the eurozone, which has been one of the spaces most devastated by the crisis. Now his situation has improved. But, the IMF is warned that an increasing debt, together with an appreciation of the dollar, as the markets foresee, can increase the risk factors.

The European Commission has expressed its growing concern about the disproportionate public debt. In 2017, an official statement from the Brussels Executive said that, in the Italian case, the persistence of its high levels of indebtedness turns out to be of special interest to the euro area and investors, given the size of the transalpine economy and its influence in productive activities between European monetary partners.

Suriname’s financial situation is one of the most worrying in the world. After reaching a historical maximum peak of 141% of its GDP, the country is implementing measures to placate the situation. According to the EFE agency, in June, President Chandrikapersad Santokhi reported on the measures agreed with the Paris Club creditors to restructure the debt and its payment terms.

The case of Barbados is different from that of Suriname, although it also reached a historical maximum in 2017 (158% of GDP), it seems that they are managing to stabilize this situation. Even though in 2020 they suffered a rise again, it was not as pronounced and could be kept at bay. All in all, Barbados’ public debt has been on an exponential rise since the turn of the century and has never stabilized.

The government of this city-state is beginning to show signs of a certain stabilization, within a sustainable fiscal scheme that will help reduce its current ratios. “Taking into account our assets, we can substantially reduce the net debt of our country,” explained its Ministry of Finance in 2017, before the pandemic.

Its public debt has been the subject of global controversy in recent years after the IMF put its support for the budget in quarantine to force the African country to take measures to reduce the size of its indebtedness.

In a context dominated by inflation and the post-pandemic period, the US debt stands at around thirty billion euros. The money destined to contain the pandemic has affected the US debt, which has been on the rise since 2019. However, according to data from the last quarter of 2021, GDP grew by 5.7%, the highest rate since 1984. This data relieves the burden of the Administration in this section, although it is still worrying.

The escalation of the Portuguese foreign debt reached its climax between 2010 and 2014 when it declared itself unable to restore its financing without assistance from abroad and with the GDP in recession. Its economy, however, has recovered after the financial rescue. Despite the pandemic caused by Covid-19, the Portuguese debt remains at the same percentage compared to 2017, a fact that lowers its position on the list.

See also  Microeconomics and Macroeconomics. What are they and their differences?

After several years of alarm over the accumulation of public debt in this small country in South Asia, the World Bank is now ensuring that the risk is being reduced by the proper management of its government in the early compliance with payment terms in recent times.

One of the big problems for this East African nation. Its debt service is absorbing around half of the budget revenues, which is adding more and more pressure to the economic authorities in their objective of having their economic parameters aligned.

These fifteen nations are followed by Spain, in 16th place, with 120% of GDP. But the size of the debt does not always presuppose that these countries are the ones with the highest country risk or that they have the highest risk of defaults.

This list contains party gift ideas for any good party. No comments to show. It allows the purchase of crypto by.
We use cookies on our website to give you the most relevant experience by remembering your preferences and repeat visits. By clicking “Accept”, you consent to the use of ALL the cookies.
.
Cookie settingsACCEPT
Manage consent