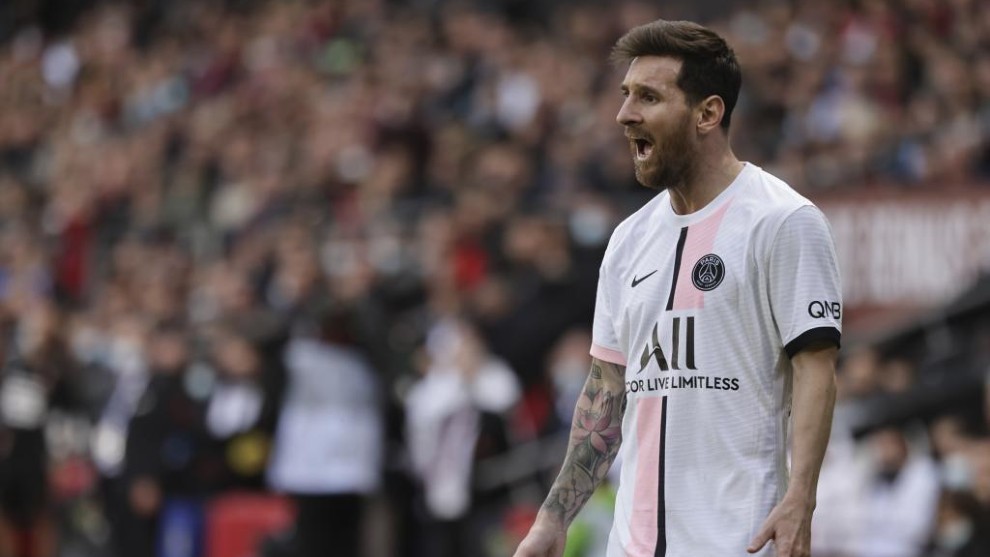 Pochettino: “Having Messi, the Best of All Time, was a Gift of Life”

PSG is the fashionable team in Europe, with the wave of signings made in the summer by Messi, Ramos, Donnarumma, Achraf, or Wijnaldum, added to a possible departure from Mbappé, it always has the media focus. And that burden is borne on many occasions by his coach Mauricio Pochettino, who has to deal with this pressure.

The Argentine coach has been interviewed in ‘Universo Valdano’ of Movistar +, who has gone to visit him in Paris. And he has spoken about proper names, such as Messi, Mbappé, Neymar and how could it be, the name of Sergio Ramos appeared, who has not yet made his debut and his time with the Parisian team is going unnoticed: “Perhaps the reality of Sergio Ramos is different that of 2014, or that of Messi and Neymar.

These footballers are great champions but they have to get used to reality. We all have in mind that they have been the best, but they have to be at their level. If they get that label back, Of course, we can achieve anything, but the fight starts to find the best version of each one. The orchestra has to be in tune, “said the Argentine coach.

This transfer market to PSG came up with the possibility of hiring Messi after ending his contract with Barcelona and for Pochettino it is very special to be able to train his compatriot: “He is a world figure. Probably the best of all time. Having Leo It was a gift of life. Nobody expected his end in Barcelona, ​​not even him . The president, Leonardo and the club in general did a great job to sign Messi. It created enormous expectations in Paris, and in the whole world. I like his naturalness, and his feeling that he has to return the love he has received, “he commented on Messi.

See also  Middle East football investments change the rules of the game in the Premier League... Liverpool and Man United are unable to compete financially

About Mbappé, Pochettino has always seen him calm with his future: “I always saw the club firm. The idea was for him to continue with us and I saw Mbappé calm. He is a great professional, and he has respected his contractual situation. Kylian is a boy intelligent, young but mature. As a footballer he is extraordinary. World champion. He is the present and the future. “

And he also had a word for the last member of that trident that scares so much, Neymar, whom he raves about: “He has a great relationship with everyone. He has a big heart. In private he is sensitive, he likes to hug people. He has a good essence. Then he has that competitive, street, wild early, but he’s a fabulous guy. “

The trident ‘ MNM ‘ is one of the claims for which people want to see PSG this year, joining Messi, Neymar, and Mbappé in a forward seemed unthinkable, although it can generate problems in defense by playing with the three up, Pochettino is happy when they play together, but the key is that all the pieces of the team fit together: “What they appreciate the most is spontaneity.

They do not look for a reference, they look for naturalness. That you can establish a relationship of trust in which you feel free to tell them what What do you think and vice versa. The coach has to seek that complicity with the player and not deceive him. Then in the locker room privileges are granted by the nature of each other. They’re big names, but it’s the collective performance that will give you a chance to win. “

Perfect gifts for teen girls. Photo. This guide will show you how to add terra to metamask.
We use cookies on our website to give you the most relevant experience by remembering your preferences and repeat visits. By clicking “Accept”, you consent to the use of ALL the cookies.
.
Cookie settingsACCEPT
Manage consent