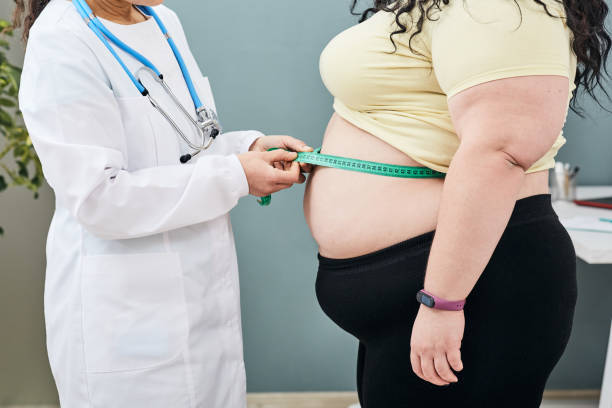 Story of Fat and Cardiovascular Disease

I am convinced that if anyone in the world is asked if fats are healthy, they will generally say no, not only because they believe that they increase cardiovascular risk, but also because they are associated with increases in body weight. Fats make you fat. But this is not so true, not all fats cause cardiovascular disease and not all fats are fattening the same, although it may seem otherwise. For example, fish oils, rich in omega-3, are protective, as is virgin olive oil. Moreover, it has been shown that the consumption of the latter as part of a healthy diet does not increase body weight.

The interest in the consumption of fats and cardiovascular diseases generates so much interest among the population that well-known magazines such as Time have included this subject on their cover over the years.

The lipid theory of atherosclerosis has been in force until the beginning of this century. According to this theory, cardiovascular disease was caused by a blockage of the arteries due to the accumulation of fat in the wall of these blood vessels. This theory became popular mainly thanks to the work of Ancel Keys, a physiologist at the University of Minnesota (USA), who was the first to link diet, cholesterol, and blood pressure with cardiovascular diseases, which earned him the cover of the magazine Time in 1961. University of Minnesota physiologist Ancel Keys on the cover of Time in 1961.

Following the discoveries of Ancel Keys and, later, of many other researchers, it was proposed that dietary cholesterol should be the cause of the presence of cholesterol in the arterial wall and, therefore, of atherosclerosis. For example, the Framingham study was one of the most important in which the relationship between cholesterol and cardiovascular diseases was analyzed. In that study, it was observed that coronary risk, that is, the risk of having a blockage of the arteries of the heart, increased with plasma cholesterol levels. The higher the plasma concentrations of cholesterol, the greater the incidence of coronary heart disease.

See also  Do you have the crisis of the 40? This is what happens to your brain in your thirties

Consequently, 23 years after Ancel Keys had the fortune to appear on the cover of Time magazine, this same magazine published a cover in which cholesterol was the protagonist as the main cause of cardiovascular disease. Cholesterol has become public enemy number one. Cover of Time magazine in 1984. Two eggs and a slice of bacon on a plate, forming a sad face, represent the dangers of cholesterol.

The redemption of cholesterol

Thus, Time magazine had to update its cover and in 1999, it published a cover similar to the one from 1984 but smiling, instead of sad. Cover of Time magazine in 1999. The slice of bacon has been replaced by a slice of melon and the face is smiling. Cholesterol has been cleared.

But if cholesterol is not the enemy, who was to blame? Saturated fat was the next suspect on the list. The truth is that the intake of saturated fats increases LDL-cholesterol levels, while monounsaturated and polyunsaturated fatty acids reduce them.

But more recently, meta-analyses of clinical trials have begun to show that saturated fats, although they increase plasma cholesterol levels, may not increase cardiovascular risk. Therefore, some saturated fats were also absolved. Did Time magazine publish a cover? How not!

See also  Is It Really Cholesterol That Accumulates In The Arteries?

In 2014, Time said on its front page that scientists had labeled fats as the enemy, but that they were wrong and recommended the consumption of butter, as a representative of saturated fats. But if it’s not cholesterol, and it’s not saturated fat, what causes atherosclerosis? Nowadays, the lipid theory is rejected and it is accepted that atherosclerosis is a phenomenon that has more to do with inflammatory-type processes than with the accumulation of lipids. Lipids, such as cholesterol or triglycerides, but also sugar and other substances can participate in these processes.

In 2016 we discovered that the sugar industry had been manipulating the science of nutrition. An article in the New York Times revealed that the sugar industry had been funding scientists at Harvard University to focus their research on fat rather than sugar, and to hide results showing that sugar in particular, but also other carbohydrates, had a very important role in cardiovascular disease. During those years, Harvard University had been a beacon guiding research on cardiovascular disease and diet.

By then, there was already evidence that the consumption of added sugars in the diet increased the risk of cardiovascular mortality. But at the moment there is no Time cover on sugar, so I propose this one. Cover tip for Time on sugar and cardiovascular disease.

Currently, the paradigm of fats as the main cause of cardiovascular disease has changed. Even though most nutrition authorities continue to recommend not exceeding the consumption of total fats and, especially, saturated fats, it is already accepted by many scientists and quite a few nutritionists that the latter is no longer public enemy number one. That honor now corresponds to sugar.

However, it is most likely that sugar itself is not the only culprit and that fats still play an important role. The latest studies are showing that the consumption of ultra-processed foods, which are generally high in saturated fat, sugar, and salt, greatly increases cardiovascular risk. It is possible that the observed effect on fats was greatly influenced by the type of food in which they were found.

It seems that for years, we have been looking in the wrong place.

2022-05-23
Previous Post: “We Become Addicted To Ultra-Processed Foods Because The Brain Rewards Us Every Time We Consume Them”
Next Post: What If Type 2 Diabetes Could Be Prevented Years In Advance?

Yes! perfect gifts for grandma? get the perfect gift ideas for grandma. Devki. Griffins.
We use cookies on our website to give you the most relevant experience by remembering your preferences and repeat visits. By clicking “Accept”, you consent to the use of ALL the cookies.
.
Cookie settingsACCEPT
Manage consent