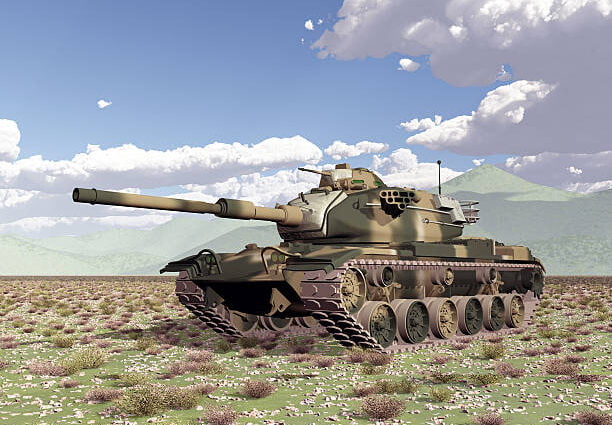 Three weeks ago, Ukraine’s top military commander, General Valery Zaluzhny, laid out his wish list for the military equipment he needed to repel the impending Russian offensive. “ I know that I can defeat this enemy. But I need resources. I need 300 tanks, 600-700 IFVS, and 500 howitzers. His plea has been heard in Western capitals, to a degree. In a series of announcements, the United States, France, and Germany pledged to send infantry fighting vehicles.

Ukraine will have to wait for Western tanks. But the promised armored vehicles are a step toward that goal and should go a long way toward improving Ukraine‘s combat power once they arrive. The exact model and number of the IFVS have not yet been revealed. The United States has pledged “dozens” of Bradleys, as part of a new military aid package worth nearly $3 billion, which includes Humvees, mine-resistant vehicles, and a host of missiles and other munitions, and is being will announce on January 6. According to German reports, about 40 Marders were to be sent. France is likely to supply a similar number of AMX-10RCS.

The scale and timing of the announcements suggest a major Western effort to bolster Ukrainian armored forces for possible winter offensives. Unusually, it was France, often criticized for delaying the provision of military aid to Ukraine, that was the first to act. After speaking with his Ukrainian counterpart, Volodymyr Zelensky, President Emmanuel Macron announced on January 4 the shipment of “light tanks” – French-made AMX-10RC vehicles – as part of France’s efforts to “extend military aid to Ukraine”. Mr. Zelensky tweeted in response: “His leadership of him brings our victory closer.” German soldiers follow a Marder infantry fighting vehicle during a demonstration event held for the media by the German Bundeswehr in Bergen, near Hannover, September 2011 (AP)

A day later, after a phone call between President Joe Biden and Foreign Minister Olaf Scholz, the United States and Germany said they would do the same with Bradley and Marder fighting vehicles, respectively. Germany would also contribute a battery of Patriot anti-aircraft missiles to complement the one sent by the United States to help Ukraine resist attack by Russian missiles and drones, targeting in particular its energy infrastructure.

It is unclear whether Macron‘s early announcement forced the hand of Scholz, whose Social Democratic Party (SPD) is reluctant to properly arm Ukraine, or was choreographed to ease German angst. Many in Berlin suggest the former; US officials hint at the latter, noting that at one point the three leaders had planned to make a joint announcement. IFVs occupy an intermediate space between main battle tanks and armored personnel carriers. They offer armored protection to crews and infantry and carry sizeable guns. They can take on many Russian tanks, especially the older models. As such, they should significantly strengthen Ukraine’s ability to maneuver on the battlefield. Western analysts believe they could help Ukraine break through Russian lines, building on last year’s successes in pushing back invading forces from or around the Kiev, Kharkiv, and Kherson areas.

The French AMX-10RC, American Bradley, and German Marder are somewhat different beasts. The French vehicle is wheeled and relatively fast on roads and rough terrain, but its armor is relatively thin. The heavier Bradley and Marder have tracks, which are more difficult to maintain but work better in the swampy terrain of Ukraine, which has not yet frozen everywhere. They all have impressive firepower that will likely torment Russian armor.

The Marder is a decade older than the other two models, but it has been a workhorse of the Bundeswehr for decades. The AMX-10RC, which is currently being retired by the French Army, is equipped with a large 105mm gun designed to take on Soviet tanks of the 1980s (sometimes referred to as a ” tank destroyer “). The Bradley has a smaller 25mm gun, but it proved very effective against the Soviet T-72 tanks. in the first Gulf War of 1991. The more recent ones have thermal sights—a huge advantage against Russian units that have shied away from night fighting—and fire control systems virtually identical to those of the M1A2 Abrams, the main American tank. The Bradley can fire sabot shells that would destroy even the most modern Russian tanks, if hit on their flanks or rear, some 2.5km away, according to an experienced US officer commanding the vehicle. Just as important is that the barrel is stabilized so that, unlike the AMX-10RC, it can fire accurately on the move.

If enough Bradleys are sent, the official reckons, “ it could really be a game changer, maybe more so than if they got Abrams. He would provide the Ukrainian mechanized infantry with firepower far superior to today’s”. Another former officer stresses the importance of using IFVS in conjunction with (preferably western) tanks, dismounted infantry, and other units to maximize their punch. Tellingly, the US military is planning to train Ukrainian battalions in these types of combined arms operations.

That said, having three models of combat vehicles, each with a different gun, will further complicate the logistics and maintenance problems for Ukraine, which will have to manage a mixed arsenal sourced from NATO and other countries. In addition, Ukraine will need to devise ways for the IFVS to communicate effectively with each other and with accompanying units.

As important as the military power they bring, the combat vehicles signal a Western determination to continue helping Ukraine “for as long as it takes,” in the words of Biden and Scholz, and to continue to increase military commitment. Furthermore, the compromise suggests that Germany has overcome some of its qualms about escalating with Russia, including in the face of threats and cajolery from Vladimir Putin, the latest of which was ordering a brief ceasefire for Orthodox Christmas.

Robert Habeck, Germany’s finance minister and vice-chancellor of the Greens party, praised the “good decision.” Marie-Agnes Strack-Zimmermann, a feisty Liberal politician who has been calling for the supply of Marders for months, declared: “The decision has come very late, but not too late.”

A big question is whether the IFVS will pave the way for the delivery of Western tanks, which Ukraine is crying out for. This is not unthinkable. Eastern European allies have already provided refurbished Soviet-era tanks. In the past ten months of fighting, faced with Russian atrocities and impressive Ukrainian combativeness, the West has abandoned one taboo after another regarding the weapons it is willing to supply. Last summer, the United States began supplying the famous Himars rocket system with great success; last month it announced the shipment of a battery of Patriot anti-aircraft missiles.

Europe, in particular, is awash in German-built Leopard tanks, whose diesel engines are easier to run and maintain than the turbine-powered Abrams. But Germany, whose re-export permit must be obtained, has so far refused to allow anyone to send them to Ukraine, upsetting many allies and even Scholz‘s coalition partners.

Claudia Major, of the German Institute for International and Security Affairs, a Berlin think tank, attributes the SPD’s resistance to a combination of factors, including misgivings about militarism, fear of reducing Germany’s own forces, alarm at an escalation with Russia, a tradition of friendly ties to the Kremlin, and, not least, guilt over World War II, when Nazi armored columns devastated Russia.

As in the case of the IFVS, Ms. Major says, the United States will be the deciding factor in the release of the Leopards. As much as Germany talks about leading Europe in defense, “ the White House is needed to unlock the chancellorship ”.

2023-01-06
Previous Post: Offers-scams are increasing in the labor market… How to detect them?
Next Post: How to look for a job…strategically

Yes! perfect gifts for housewarming? get the perfect gift ideas for housewarming. Lorem ipsum dolor sit amet, consectetur adipiscing elit, sed do eiusmod tempor incididunt ut labore et dolore magna aliqua. How to add avalanche to metamask - crypto lake.
We use cookies on our website to give you the most relevant experience by remembering your preferences and repeat visits. By clicking “Accept”, you consent to the use of ALL the cookies.
.
Cookie settingsACCEPT
Manage consent